skip to main | skip to sidebar

Designer of the Month: Naomi Bailey-Cooper 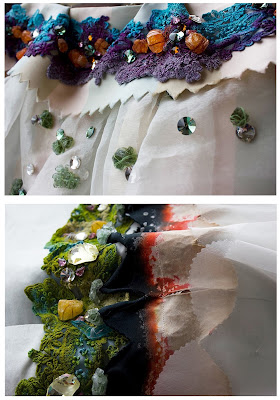 I didn't just choose Naomi Bailey-Cooper as my October designer of the month because she has a Crystal Collection (although I do love that fact). Naomi is an extraordinarily talented young designer, with a half fashion, half science approach. She is just out of university, but not at all short of experience and expertise. Even though I was very much a dreamer at 17, I would have never imagined being able to create an entire collection in a short span of time to show at a fashion show hosted by me. But, Naomi is just that amazing. From there, she's gone on to work in some of the most fashionable cities in the world, including two of my favorites - Milan and Paris. A sponsorship from Swarovski helped showcase her aptly titled collection, Crystal as a fascinating comparison between man-made and organic. I had the opportunity to learn more about the innovative designer and her interesting work with sustainable materials and crystal growth.


Krystle: Where are you from and what’s your fashion background?
Naomi: I was born in the Cotswolds and moved to London when I was 18 to do an art foundation at The London College of Fashion. I decided then that I really wanted to do my BA at Central Saint Martins. But, not getting in the first time, I ended up going to Middlesex University. After two terms I knew it was the wrong place for me so I left, did some work experience and short courses and reapplied to Central St Martins. When they accepted me I was so happy, as I had begun to feel like it was the only place where I could explore my particular style.  Taking the 4 year degree option meant I could do the placement year which was probably the best year of my studies. I spent the year in Milan, New York and Paris and had some really good and some not so good experiences, but I learnt a lot, saw some of the world and met great and inspiring people.

Krystle: At what moment did you know you were going to be a designer?
Naomi: It was when I was 17 that I suddenly became obsessed with fashion design. Not having much awareness of the industry before that, I only knew that I wanted to do something creative. I remember I had been ill and was going through a bad time when my mum bought me a fashion magazine to read in bed to try and lift my spirits. That was it, within two months I had designed and made 25 outfits and put on my own catwalk show by myself. I made about £600 profit through ticket sales and used that money to pay for a short course at Central Saint Martins.

Krystle: As a recent graduate and young designer, what sort of aspirations do you have for the fashion industry?
Naomi: Since graduating, I’ve realized that I don’t really want to be a fashion designer as such.  As a 17-year-old, I fell in love with designers like John Galliano, Vivienne Westwood and Jean Paul Gaultier. I know the names are a very clichéd, but I find designers of that generation really wanted to do something that had never been seen before.  My feelings are that the industry has changed within about the last year and a half and it’s currently not the right platform for what I want to do. I have always been very absorbed with real innovation and future design rather than just making clothes for the sake of it. I suppose my aspirations for the fashion industry would be for it to engage with scientific and technological advances, just as other design disciplines are doing.

Krystle: Your designs are very gorgeous and dramatic. How would you describe the Crystal Collection? Who is it made for?
Naomi: Thank you! For me, the original statement I wanted to make was luxurious sustainability. I was cautious not to make clothes that used sustainability as its main selling point; instead the aesthetic appeal had to be its selling point. It had to offer something extra. To me, it didn’t make sense that there were all these brand new sustainable materials coming out that were completely bespoke and very expensive, but they weren’t being used by the companies who actually want bespoke fabrics and could afford it. For example, making clothes out of the wool from a British rare breed is very sustainable because it encourages the preservation of that breed. The materials are rare and very luxurious and to me, these are the selling points of couture.

So I created a collection of six outfits which were largely all hand sewn, and really exploited that word ‘couture’ and what it meant. Taking the idea of one-off, I wanted to create completely bespoke embellishments. I grew my own crystals straight onto fabric using aluminium sulphate – for me it was also a design solution when thinking ‘how could you attach embellishments without sewing them on?’ I wanted the collection to be able to biodegrade, so all the materials – from the fabric itself to the fastenings and thread are made from natural materials. It was a nightmare sourcing all these things! I remember sending my helpers out many times to try and source a concealed zip which didn’t include any synthetic parts. Luckily, most of my collection was sponsored so it wasn’t expensive for me; I only ended up spending about £1000.

Krystle: You seem to be using such innovative methods for sustainable fashion. Tell me more about working with wild peace silk and crystal growth.
Naomi: Actually, the material I really wanted to use for my collection was spider silk, but it was still in development. Instead the collection is made from reclaimed duchess satin, as well as bamboo and wild peace silk. The embellishment is mostly my own grown crystals, but I incorporated Swarovski elements who were one of my sponsors. I had dreamed of sponsorship from them ever since my placement year, and felt that in the collection, it really highlighted the difference between the man made and the organic. It was wonderful working with such luxury embellishments and I made sure I used every single Swarovski stone I was given – literally!

My own grown crystals were very temperamental; I had to create a specific environment and temperature as well as precise chemical measurements. I really needed a lab environment to get them to their full potential.  Instead I grew them in my bedroom, half poisoning myself! The wild peace silk itself was also a nightmare because it was from India and the orders kept being translated incorrectly. In the end I had to find a different supplier last minute for most of it. Plus, a lot of these fabrics, especially the reclaimed ones, wouldn’t take natural dye well. I didn’t know at all what I would end up with in the end and had to just make do, but in a way I didn’t mind it being so ad-hoc, although it was stressful at times the whole point was that it was organic.

Krystle: Have you discovered many other designers working with these materials?
Naomi: No not really. I know that designers such as Lanvin and the PPR (Gucci group) have recently been making some things for the red carpet with luxury sustainable fabrics. From a scientific point of view regarding my crystals, there are people like Helen Storey and Suzanne Lee who work developing fashion through biological sciences.

Krystle: Can we get a hint on what you plan to unveil within the next year?
Naomi: I’m currently developing some materials using microbiology and looking at genetically engineered plants. It is with a view to it being used practically in the design industries so it is still very early days and needs further scientific collaboration and funding. I’m planning to continue onto postgraduate research study within the next year, so I suppose what I’d unveil would be my research project title. 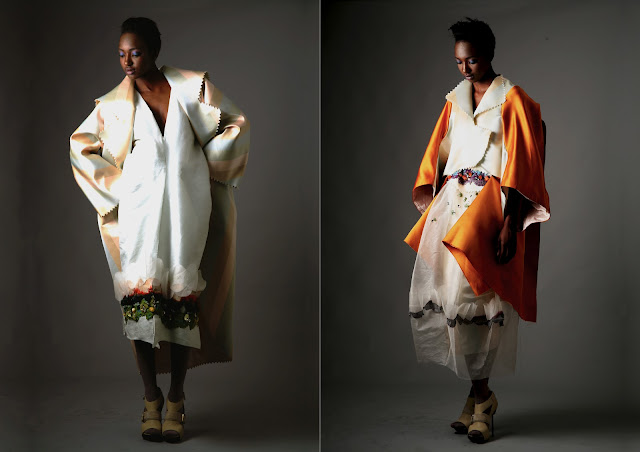 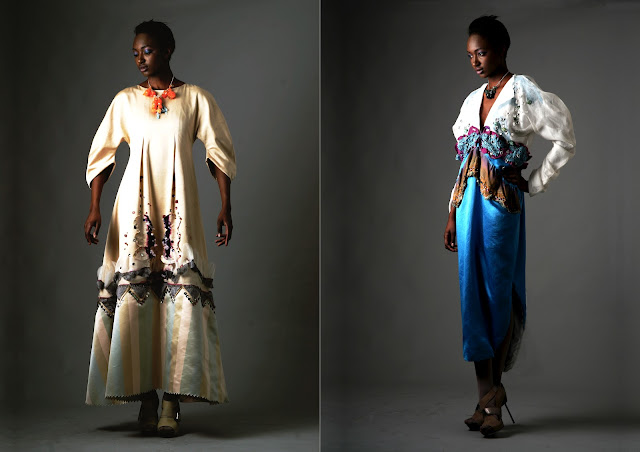